I received an overwhelming amount of mail from people saying that they either already owned an L3D piece, or that they were now seeking one out on eBay after the last blog about my sculpture house. I often look myself to see what’s available, as the original Legends line-up has been out of stock for almost a decade, and I’m always curious as to what the demand might be for them. There are a few pieces that seem to always turn up, and then a few others that just never make themselves available. Hopefully you can find the one that interests you the most! 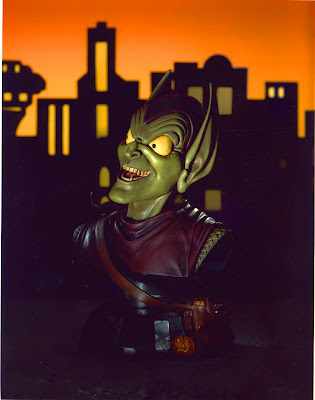 Photo 1: The most popular by far, and probably the sculpt that got the most attention from collectors and critics alike, was my rendition of the Green Goblin. I presented to Marvel the idea of doing a “Versus” line, pairings of heroes and villains, squaring off face to face, yet still capable of standing alone if the collector only favored one or the other.

The first in the series was Spiderman, to be followed by his nemesis, the Green Goblin. I was able to convince the creative execs at Marvel to let me do my own interpretation of their characters, and I picked my favorite traits from various incarnations to design these busts.

The web-shooter wrist mechanism as Spidey’s base is probably my favorite of all the L3D bases. I took the design right out of a John Romita comic, and it fit perfectly. Stan Lee told me this bust was his favorite sculpture of Spiderman, and it can often be seen in the background of his publicity photos. 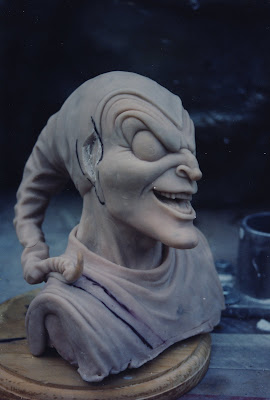 Photo 2: Even though the Goblin is a mask, I wanted to portray my portrait as a living entity. And I wanted to give the static piece a sense of flying, as if he was standing on his glider in hot pursuit of the web slinger. With pointed ears and twirling hat, this ended up being one of the most challenging busts to manufacture. A lot of times, sculptures will be done as one whole unit, and artists will let the factories decide how to separate the components and engineer the final fit. But you can never guarantee the outcome, and the art usually gets altered. So I try to do all the engineering as I sculpt the piece, keeping all the parts separate, as they will ultimately be molded. 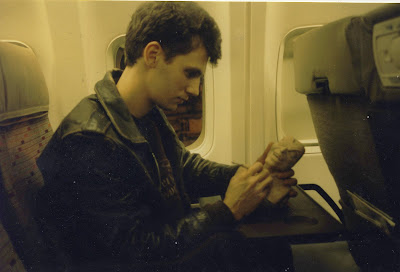 Photo 3: Things started getting really busy for me as L3D got more and more licenses. I was travelling back to China more often, all along still working on film and television projects. I found that I was able to get the most sculpting done on the plane during the 14-hour flight to HK! Of course, I can’t do that any more, now that I’m not even allowed to carry on nail clippers, never mind xacto knives and sculpting tools! 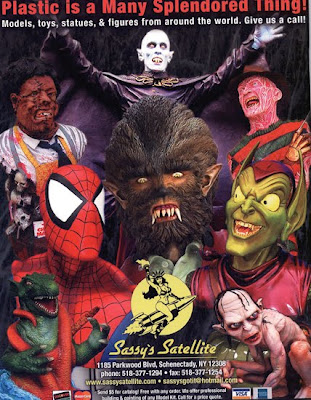 Photo 4: My Marvel busts became very popular, getting a lot of press and prominent store placement. The popped up everywhere, like this ad for Sassy’s Satellite, a kit and collectible company out of New York. I started to feel like the hatred for pre-painted statues was beginning to dissipate. Fans were embracing the option of having a “model kit” that they didn’t need to build themselves. 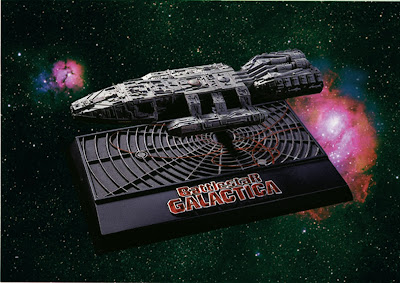 Photo 5: We leveraged all the press to convince other studios to let me create pre-painted versions of some of their older licenses, things I loved as a kid but couldn’t get product for anymore. Battlestar Galactica was at the top of that list.

I know it sounds weird now that BSG is a household topic again, but in the mid 90’s, it was a forgotten relic of the 70’s. Often considered the “poor man’s Star Wars”, the original Galactica suffered a barrage of bad merchandising mishaps, including a young boy choking to death on a Viper missile which led to mass recall, and the cancellation of the rocket firing Boba Fett!

I had to beg Universal to let me shake the Galactica from the mothballs, a process that took several months. At the same time, Rob Liefeld pitched a new comic series to them. We finally convinced them there was enough interest that they gave us the go-ahead. Of course, the first piece I did was the Battlestar herself. I wanted the final product to be amazing, so I brought in my friend Ron Mendell to help me. He’s the best model builder I know, and he added an amazing level of detail to the Galactica. 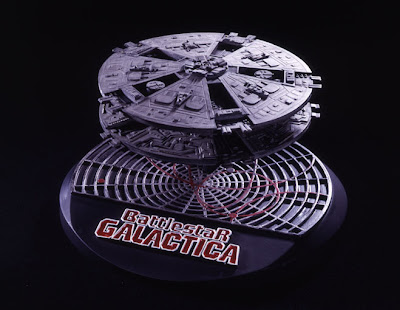 Photo 6: As with all the licenses I took on, I had a whole series planned. BSG was meant to be a 5-piece collection. This Cylon Base ship was the second installment, and unfortunately the last. 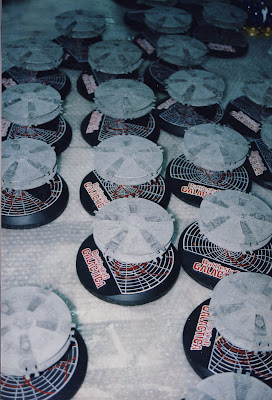 Photo 7: This Cylon fleet had me more scared than a lone colonial pilot. I didn’t think it would ever leave the factory. Not because of lack of fan interest, but quite the opposite. Liefeld’s comic flew off the selves, and my prototypes received all kinds of press. The studio started getting a lot of movement on Galactica, which had been an idle property for 15 years. They started reissuing old licenses, and a rush of toys and model kits hit the stores at the same time my high-end collectible ships did. My limited edition of 1,978 pieces crawled out of the warehouse at $149.00 each, not able to compete with the under $20 toy reissues, and I had to pull the plug. I thought I was saving the best for last, but I never got that far. So you’ll have to visit my workshop if you ever want to see the Viper, the Raider, or the Cylon Centurion bust up close! 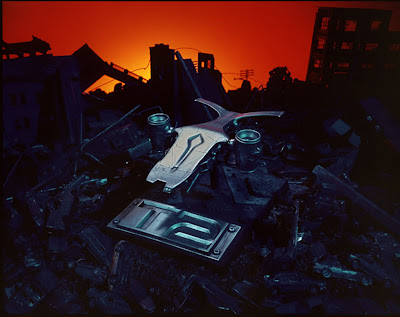 Photo 8: A completely different experience was had with the L3D Terminator line. I had originally only intended to do the Endoskeleton, and possibly talk Arnold, er, the Governor, into a bust. But Universal was developing the T2-3D attraction at studio tour, and they took a liking to the idea of a high-end collectible line for the gift shop. So I expanded with a miniature Flying Hunter Killer diorama. 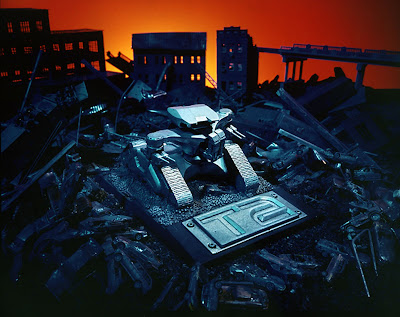 Photo 9: The Hunter Killer tank followed, complete with crushed skulls. I was surprised how dark I was allowed to make the pieces, considering they would be for sale at a theme park. 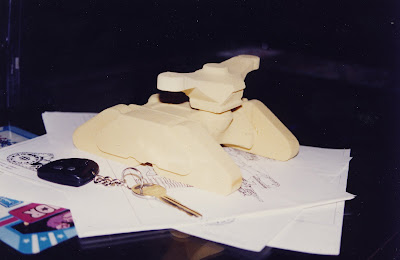 Photo 10: I worked on Terminator 2, but not in the model shop. So it was an awesome experience to go down to Digital Domain and study the screen used models. They where flawlessly executed, and I did my best to capture all of the detail in such a small scale.

Unlike the busts, starships and vehicles start out with foam and plastic rather than clay. The basic shape of the tank was carved in a high density urethane foam, coated in a thin layer of glazing putty, sanded smooth, then finished with etched in detai 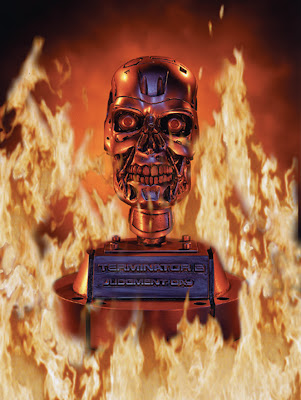 Photo 11: The Endoskeleton was a hybrid between a sculpt and a model build. I did the basic skull in super sculpey, baked it, sanded it, and then added plastic and metal details for the mechanical elements.

The studio really wanted LEDs in the eyes, but I felt strongly against it, believing it transformed the piece from a statue to a toy. Ironically, they did use my sculpture to make a toy. And a bottle topper. And a glowy flashlight thing. I think there ended up being 7 varieties of my sculpture available at Universal Studios, but I was proud of the fact that, despite the cheaper toy versions, the original cold cast porcelain version continued to sell out. 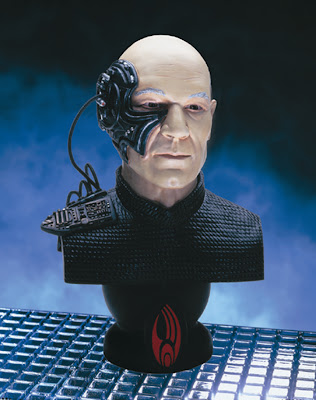 Photo 12: I think I may have cried when I got the phone call saying Paramount had agreed to give L3D the Star Trek license. I had always been a fan, and even more so had a great appreciation for the groundwork Roddenberry had laid for both science fiction and merchandising. I had had the honor of working on Star Trek before, but to actually have the title in my own line was something I could have only dreamed about.

But where to start? The Star Trek universe is ever expanding, and there is so much history in the lore. The original series was the obvious choice, but the studio was vague about its tangled web of likeness rights and approval procedures. The Next Generation was a random launching point, but First Contact was in pre-production, and it seemed like there could be some Cinergy in the cross promotion.

Locutus of Borg was my first Star Trek bust, and probably my most memorable experience while doing L3D. Patrick Stewart agreed to model for me as I sculpted, and I was to work in his private trailer between shooting scenes for First Contact. I had it in my head that I would be meeting the stern, uniformed captain of the Enterprise, and when I said I was there to sculpt his portrait, he would say, “Make it so.”

Instead, I met the soft-spoken British actor, wearing a bathrobe, who offered me tea and introduced me to his cat, who enjoyed sleeping on my lap as I worked. 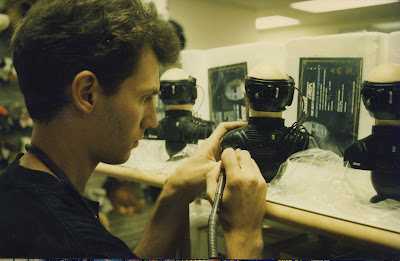 Photo 13: Locutus was also the first release where the edition numbers where engraved on the base. I sculpted the edition size into the mold, but the factory was having difficulty matching the style for each individual edition number. So they were shipped to LA, where I opened each one and hand numbered them myself. Because of the movie release, Paramount had requested a limited edition of 5,000! That’s a lot of numbers to Dremel in! I started getting sloppy around 600, so I apologize if you own a higher number. Luckily, we ironed out the problem at the factory for all future editions, and Locutus was the one and only time I had to do it myself. Well, one and only 5,000 times…