While pulling out some reference for an alien paint job I need to do tonite, I came across these photos of an old project I thought you might remember...

Adventures in Dinosaur City was a low-budget indie produced by the same company that did the first feature I ever worked on, Spaced Invaders. Disney also bought ADC, most likely because of the Spaced Invaders theatrical success, but Adventures never hit the big screen. Instead, it premiered on a fledgling cable network called "The Disney Channel". Perhaps it was the lack of content available at the time, but ADC went on to be one of the highest rated DC shows for over a decade.

I got the call to design the Dinosaur characters the summer of '89, and had only gotten about 7 or 8 films under my belt since the first time I had worked with the producers. The project was surprisingly way more ambitious than Spaced Invaders, which was a pretty massive undertaking in itself. There were 6 main dinosaurs, all requiring animatronic heads AND multiple stunt doubles, and then a cast of dino extras. 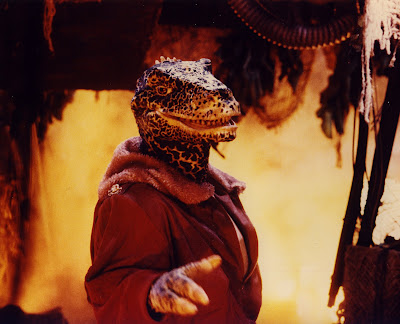 Photo 1: Rex was the leader of the Dino rebels. 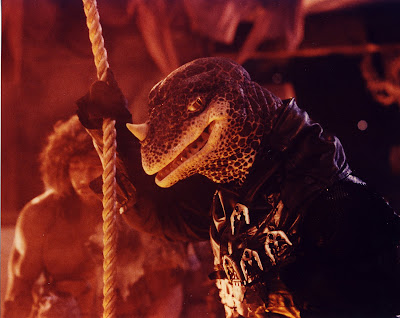 Photo 2: Mr. Bigg was the evil Dinosaur who was trying to take over Dinosaur City. I wonder if he is related to the Mr. Big from Sex in the City. That would be weird... 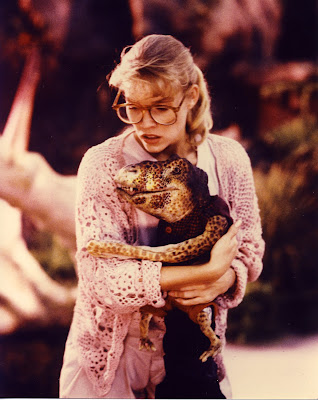 Photo 3: The rebels had a small "pet" dino called Forry. I believe he was a rhamphorhynchus. Sounds like another Sex in the City joke.. That's actress Tiffanie Poston holding the fully animatronic version of Forry. 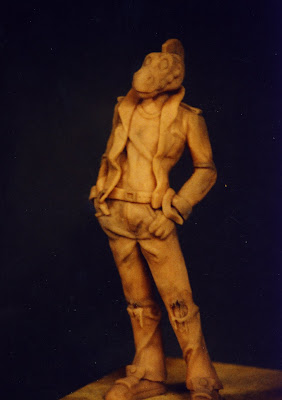 Photo 4: My original designs for the Dinosaurs where very different than the final product. My initial reaction to the script was to make them more like teenagers, with a kind of "Grease" feel. I wish I knew Doug Jones back then, cause he would have portrayed an amazing version of this Rex. The dinosaurs ultimately became bulkier and older looking (I would use the words "more realistic" if I thought that could even apply to upright talking dinosaurs) but my maquettes still found a use... 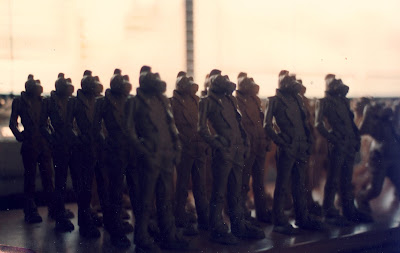 Photo 5: The producers had me cast hundreds of them, and they were sent out as promo pieces. 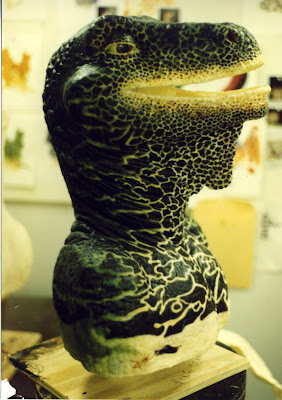 Photo 6: Rex had a father, and these are the pictures I was shifting through for paint reference. I use a lot of "ring pattern" in my creature painting these days, but I used to use a lot of spot patterning. The thought crossed my mind of trying to go back to some of that for my current alien project. 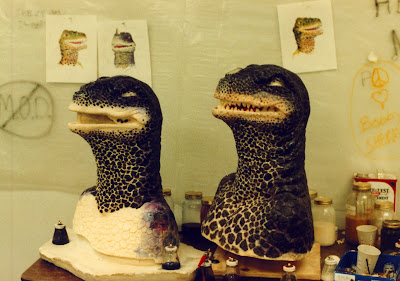 Photo 7: The hardest part of using a spot pattern is that you have to match it exactly when you have multiple skins, changes of appliances, or stunt heads! 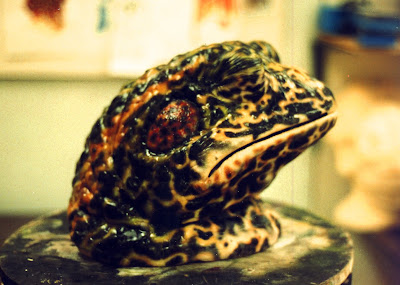 Photo 8: The advantage to doing wilder patterns is that you can use the same sculpture multiple times, but make it look like a completely different character with paint. 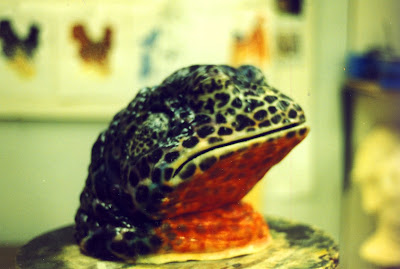 Photo 9: I use rubber cement to paint my latex skins. It stays flexible when they move, and it allows for a translucent, organic look. A lot of fx shops use silicone for skin these days, so the whole surface is translucent, but a good layer of rubber cement on foam latex will still give you an effective look on camera without all the extra processes required for silicone. 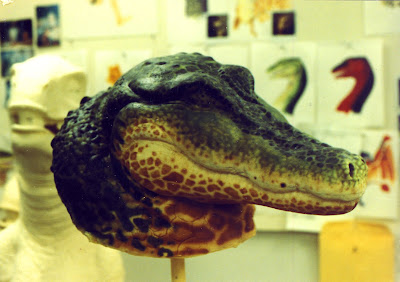 Photo 10: The rubber cement is colored with Tint All, which you can buy at a professional house paint supply store. The more tint you use, the more opaque the paint. You can see the difference between these two gators, the top being heavily tinted, the brown one below slightly more translucent between layers. 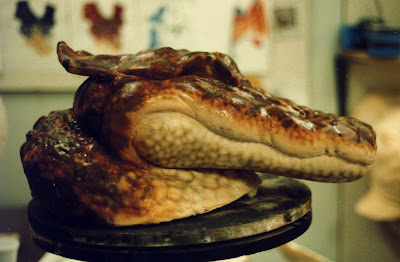 Photo 11: After the rubber cement base is tinted to the proper color, it is cut with Bestine thinner so it will pass through an airbrush. Thinning the opaque cement won't really make it translucent, just watery, and it is difficult to add more cement base to a thinned mixture. So do small batches and experiment of some scrap foam before you commit. 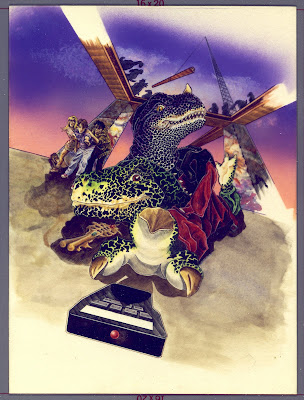 Photo 12: Thinking about it, the spot patterns used to drive me crazy! But I guess I enjoyed them enough that I even took the time to get them right in this ADC promo art. Hmmm, I wonder what direction I should go. There's only one way to find out, so i should get to it...
Posted by Greg Aronowitz at 11:34 PM