Merry Christmas! Hope you are having a great day with family and friends! The last thing anybody wants to do today is surf the web, but somehow I have the feeling you will end up here anyway... So I put together a collection of some festive videos I worked on so you have an excuse to pull out the iPad during the family dinner!

In 2009, I was telling Felicia Day about an idea I had for a scene in a show I was developing, and that it might play well for the Guild. She thought it could be a stand alone bit, and I ran with the idea, morphing it into that year's Guild Christmas special. The XBox Live deal was in full effect, and the internet was abuzz with comments about Felicia and the Guild "selling out". So a line of insane merchandise was spawned... 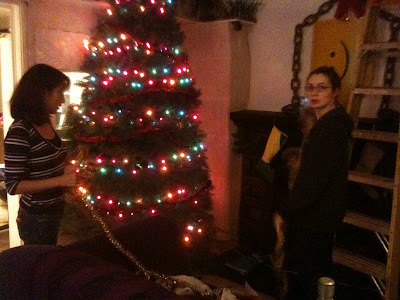 I wrote, designed, and directed all seven videos. This series was shot at the BarnYard. Felicia and Kim Evey decorated the tree. Pretty much the best geek Christmas ever! The only thing that could top it is if R2 and 3PO were to drop by to decorate. Aw, who am I kidding! It can't get better than Codex and Kiko!

This is my driveway! All of the kids were from a play that America Young had just directed in the fall. America is does the voice over for this spot. And the hands at the end are Kim Evey's! 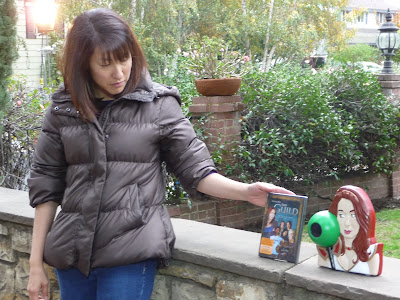 Kevin Thompson and I worked together on one of my first film projects, over 20 years ago! He has acted in countless shows since then for me, but my favorite credits of his are Return of the Jedi

Alley Bagget is PlayBoy's Lingerie Model of the Millennium!!! We did a comic book together, AlleyCat 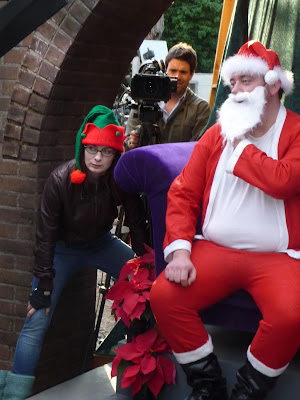 One of my favorite props ever. I have copies of the Vork Unbreakable bank all over my house! You can see how I made it here.

I thought it would be even funnier as "sell-out" videos if there were lots of cameos. I asked my buddy James Kyson Lee if he would stop by to get filmed. He asked. "Can I drive your Delorean!?!"

And you guessed it: That's Greg Benson from Mediocre Films doing the closing announcement!

This is my favorite of the series. Amy Okuda was such a good sport. This was also the only video NOT shot at the BarnYard. We filmed at my favorite hobby store, Kit Kraft. David Blue and Brea Grant were hilarious. And pay close attention to the line waiting to buy life-sized Tink dolls. As always, Kenny is first in line! And Guild director Sean Becker scopes out the competition.

I had the idea for this Clara cookie jar that also had a keg tap, but it was Sean Becker who dubbed it the "Mommy and Me" cookie jar! Yellow SPD Power Ranger

Monica May dropped in to play the hot mom. She also is a crazy talented make-up artist. She stuck around all day to do everyone's make-up and hair, including Amy's prosthetic elf ears! 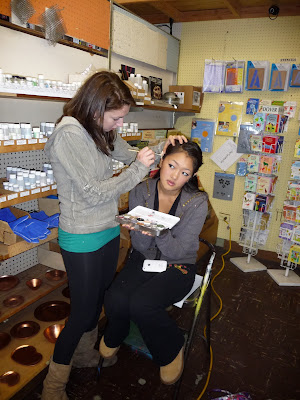 Everyone says this is the funniest video. 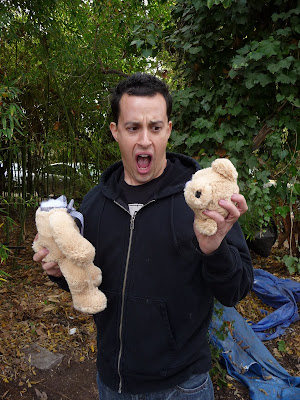 Although Sean was traumatized by the beheading of the bear! 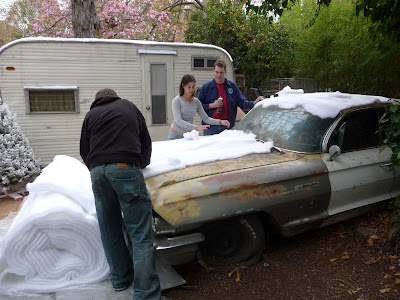 Also shot in my driveway, all of the snow is fake! Alex Albrecht killed it as the dad. this was the first time we worked together, but we did some amazing projects together over the next few years...

My friends America and Teal Sherer made this video for Christmas this year. I put together the prop weapons for them. Nothing brings holiday cheer like women battling with lightsabers!

And we end with the Zombie Apocalypse! I only helped peripherally on this one, loaning some props and printing some graphics. But I want you to see it because Sean Becker directed this perfect Team Unicorn video, and anything Milynn Sarley, Clare Grant, Michelle Boyd, and Rileah Vanderbilt do is golden!

Hope that made you holiday a little merrier!

See you in the new year. Best wishes,