Well, I made it back from comicon in one piece. Now I need a vacation! But instead, I get to run a Zombie marathon. Wow, that brings all kinds of strange images to mind. Maybe even a script idea or two… Let me clarify: I need to make 4 unique zombies from scratch by Friday. It’s Monday. Painful. Did I mention that they are hot chick zombies? Every job has its highs and lows. Perk discovered…

The zombie girls are for the new Fallbrooke music video. They will actually be filming here at the barnyard Friday night. Oh, yeah, I have to build that set, too…I guess I should stop typing and start building some stuff…

So, Zombie School will take you through the next week step by step and show you how I am going to make this all happen. I can’t promise that I am going to show you the most refined techniques in the FX world, but you will see a lot of down and dirty, get the job done kind of stuff that may be useful for that next last minute Halloween party invite you get! 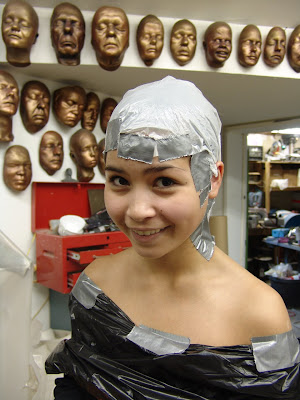 Photo #1: @marissacuevas will be the lead zombie girl. If you’ve been to the barnyard before, you will recognize her as Emily from Labou! Here she is getting ready for her face cast. Plastic bags and duct tape? Like I said, down and dirty. And cheap! Bald caps are expensive! 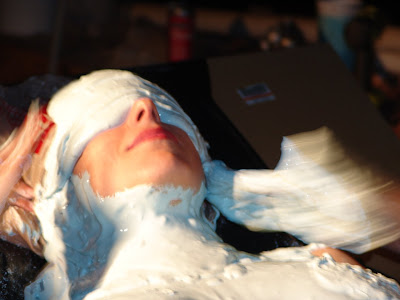 Photo #2: Face casts are done with dental impression material, or Alginate. You can get it at dental supply shops like DavisDental.com. People always seem to think this step is done with plaster of paris. Its not! The alginate is flexible, like rubber, and captures every detail, such as pores and eyelashes. It removes easily and is safe for the skin. Plaster, not so much… 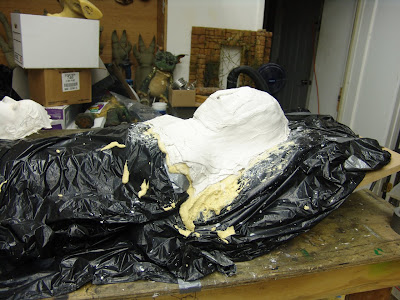 Photo #3: The alginate is next covered in plaster bandage; the same thing a doctor would use to make a cast on your arm. The bandage acts as a cradle to help the rubbery alginate keep its shape. 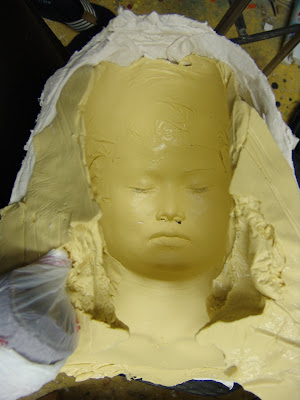 Photo #4: The mold has been removed, and a perfect impression has been made. 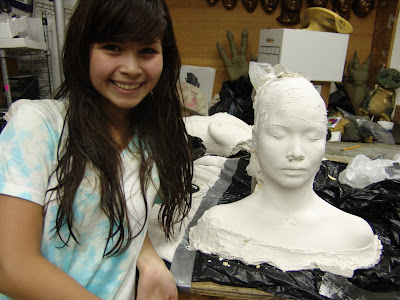 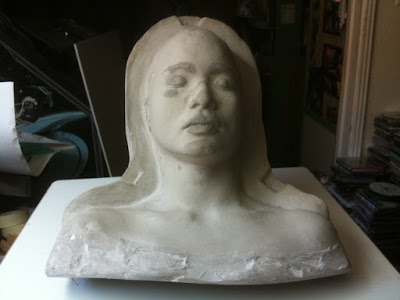 Photo #6: I cleaned up the hydrocal plaster cast, removing tiny air bubbles and cracks, then added a flange with keys for molding. I duplicated it in ultracal 30 cement, which will survive the baking process (that will happen later) better than the white plaster. 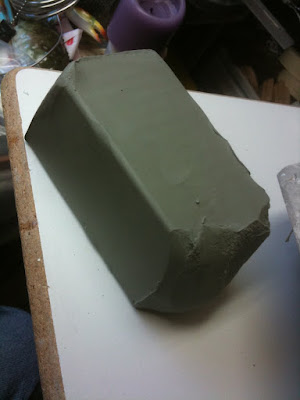 Photo #7: I am going to sculpt all of the zombies in Roma Plastilina, an oil based modeling clay. You can buy it KitKraft.biz. 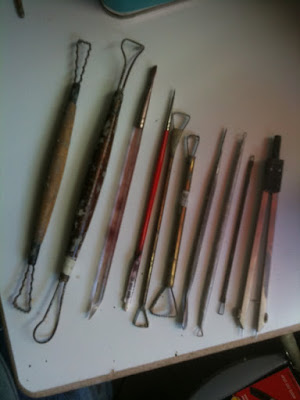 Photo #8: Sculpting wise, these are probably the only tools I will use all week. It’s a pretty basic set: Dental spatula, a few varieties of rake, calipers, and some brushes. 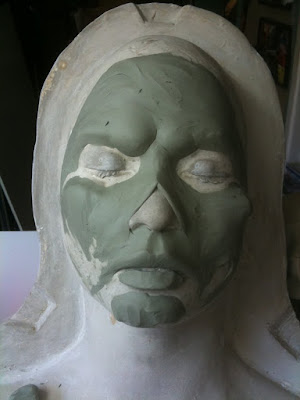 Photo #9: I start the sculpt by building up a quick layer of clay in the places I want the most bulk in the make up appliance. 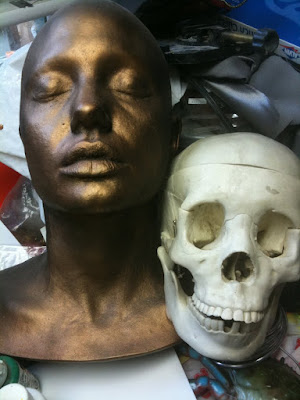 Photo #10: It’s always a good idea to pull out some cool reference. Don’t copy anyone else’s work, but have some stuff that helps your imagination wander. I pulled my Angelina life cast and a human skull. Sexy zombie fodder for sure! 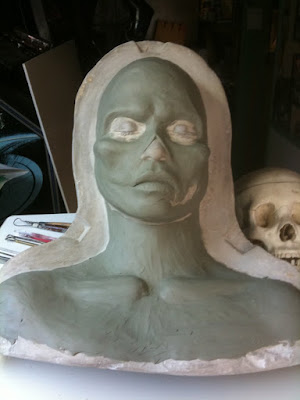 Photo #11: Now I have the full life cast covered with a good basic thickness. I want Marissa to be able to move, so I am keeping the clay thin, but at the same time, I need to create the illusion of gauntness. So the cheekbones and orbital lobes need to build up a little. Think I am going to expose her brain, too, so I’m building up her forehead. At this point, I haven’t used any tools, just my hands. It helps me focus on the overall form. Once I start using tools, I tend to focus on details. The details will make the final piece cool, but it is always the form that makes a sculpt believable. 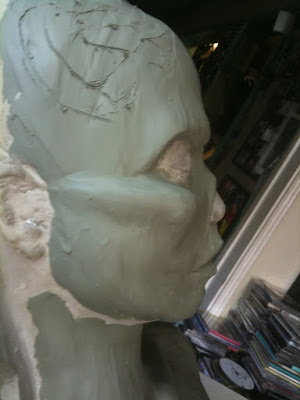 Photo #12: Here is a profile shot. You can see how I built up the cheeks to help hide the nose. I’ve also sketched in where I am going to put the brain. 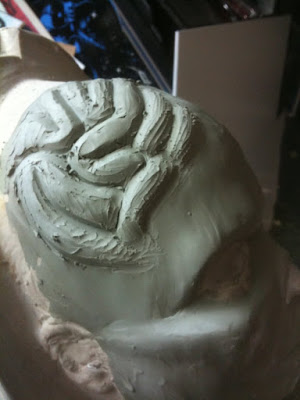 Photo #13: The beginnings of the brain. And I think my con-lag is kicking in. Got a lot done, but not enough to have 4 of these shooting on Friday! So many more processes to go after sculpting. Tonight might be my last night of sleep for the week. Maybe I can do a zombie cameo in the video. No need for make-up…. nite!
Posted by Greg Aronowitz at 11:33 PM