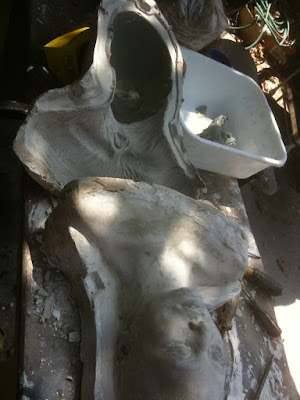 Photo #29: The days are getting longer, but time is getting shorter! Like some ancient mystical rhyme. Woke up early (but not as early as geekyfanboy who had already emailed me by 8am!) and cracked Marissa zombie’s mold open. The roma clay peeled right out, and it was ready for foam. 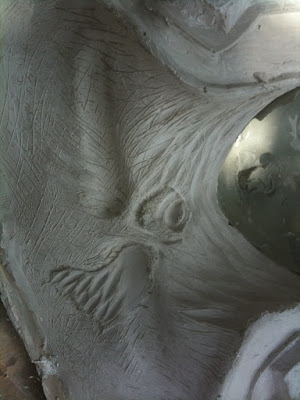 Photo #30: The gypsum captures all the detail of the sculpt. Even though it is cement, the thin edges and tiny details are pretty frail. Don’t go scraping around in there with metal tools! It will break the surface off! 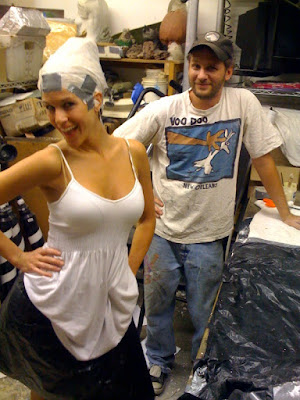 Photo #31: With Marissa Zombie off to the foam lab, its time to start working on the dancer Zombies. First up is Kerri. Another quick grocery store bald cap and we are ready for a face and body cast. Yeah, grocery bags and duct tape. I told you, that’s why we call it the BarnYard! 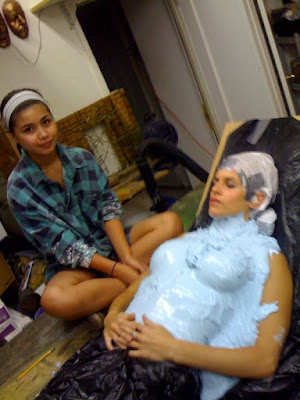 Photo #32: Marissa in the workshop. Actress, dancer, zombie…and zombie maker! I was glad she was there, though. It helped the other girls relax. Everyone gets nervous the first time they get a face cast, and Marissa was a good “If I could do it, you can do it” cheerleader. 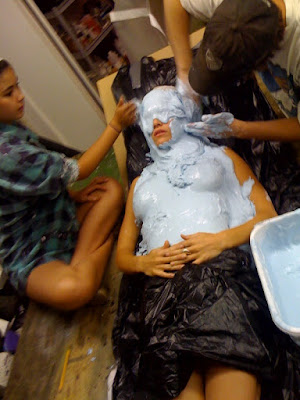 Photo #33: This is the part where people get the most nervous… 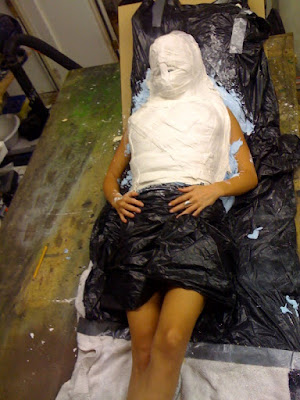 Photo #34: This would be the part people would be the most nervous if they could see what they looked like from the outside! It looks scary, but believe it or not, all that plaster bandage was put on in less than 5 minutes. And it is ready to take off almost instantly. 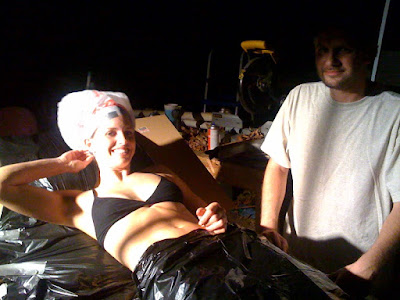 Photo # 35: Here’s our next zombie dancer, Lesley. She’ll probably kill me for posting this picture… 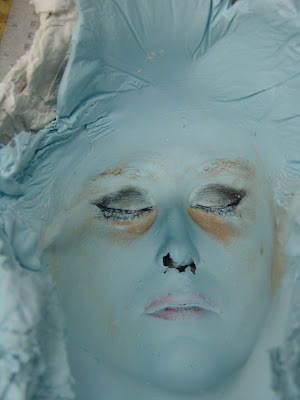 Photo #36: The alginate used to make the cast is very similar to products used for mud masks in high-end spas. So the girls are getting skin treatment while prepping to look like zombies! Here we see Zombie girl Leah’s make-up fully removed by the face cast. It’s an art piece in itself! 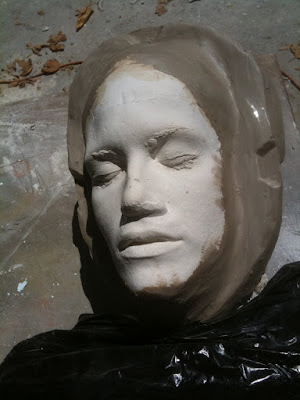 Photo #37: I plan on doing body sculpts on the zombie dancers, so I took full torso casts. But I need to make separate head “snaps” for the face sculpts. I’m doing two processes at once here by using WED clay to make the mold flange before I recast Kerri’s face. 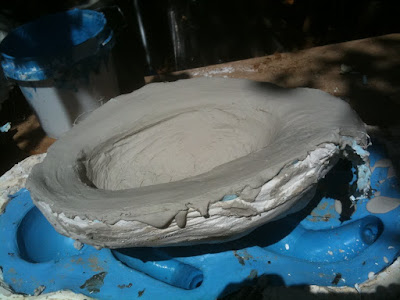 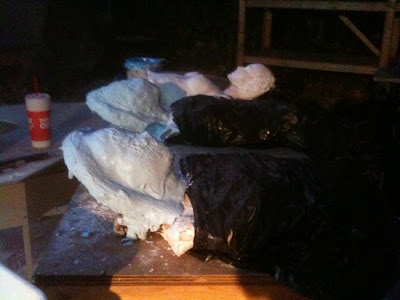 Photo #39: I did the same technique for Leslie and Leah’s face snaps. 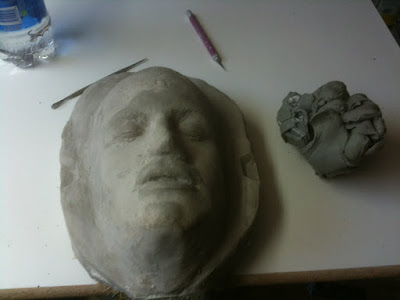 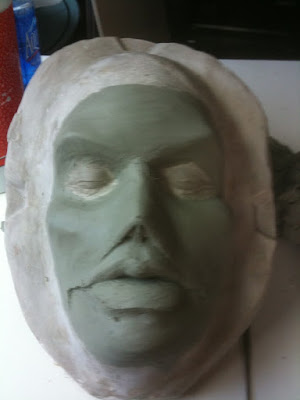 Photo #41: Kerri’s Zombie #2 is roughed in. I’m trying to give each girl a different zombie style. Marissa’s is pretty intricate overall, but the three dancers will each have a simpler, distinct style. 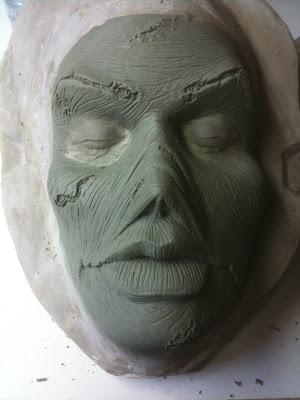 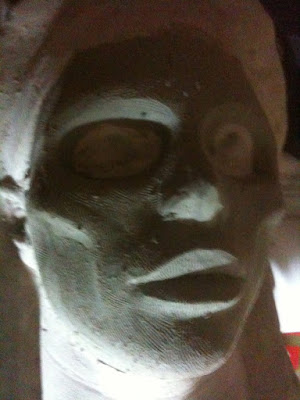 Photo #43: Lesley’s Zombie #3 roughed out. I am trying to show more skull structure in this one. 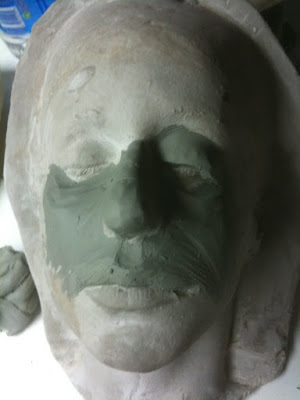 Photo # 44: Leah’s Zombie #4 at it's earliest moments. My gut has me prepping this one for a popped out eyeball…
Posted by Geekyfanboy at 11:24 PM