Thank you all for the kind feedback on the Tallis costume I designed for Felicia Day. It means a lot to me that so many people appreciate the work, and are so interested in how we did everything for the show. It's really exciting to be able to finally blog about all of the art department involvement in Dragon Age: Redemption, now that the show has premiered. As you can see, there is a lot to talk about!
So much work went into making this show, and my art team braved freezing cold, pouring rain, and endless all nighters to get everything done. I want to thank them all, and show as much of the detailed work that was done as possible. Breaking down the first episode in pictures, I realized that this blog would be way to long, so I thought I might have to split them up by scene just so they would load in your browser! 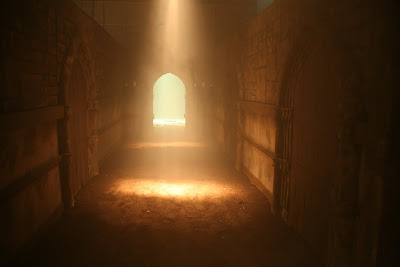 Photo 1: The opening scene of Dragon Age: Redemption finds us in the Chantry, sacred halls of the Templar, deep in the dungeons. 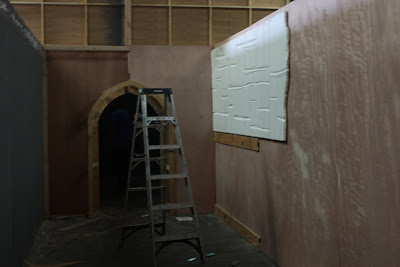 Photo 2: Of course, they weren't really dungeons at all. Just a bunch of flats covered in bead board, carved and spackled! 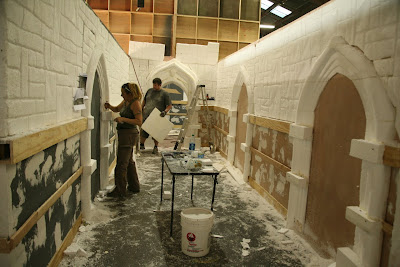 Photo 3: The styrofoam insulation sheeting was adhered to the luan flats with spray foam insulation, then each "stone" was hand carved using rasps and knives. 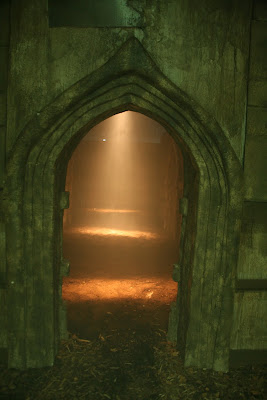 Photo 4: The doorways were constructed out 1x3 lumber, then sandwiched with thicker blocks of styrofoam. This was then carved, coated in plaster, and painted. 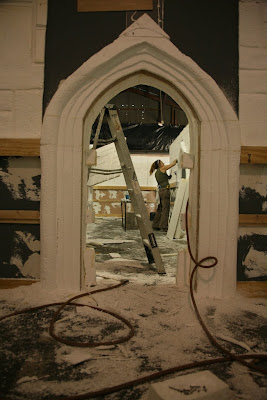 Photo 5: I tried to put as many layers and detail into the architecture as possible, to make the fantasy world believable and less "set" like. Here, Lead Scenic Joanne puts finishing details on the stone carving. 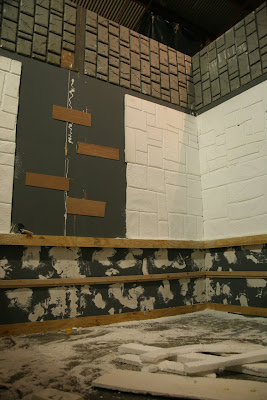 Photo 6: At the end of the long Chantry corridor is a large prison cell. I made it as tall as I could on the stage, to add a different dimension to the opening sequence. 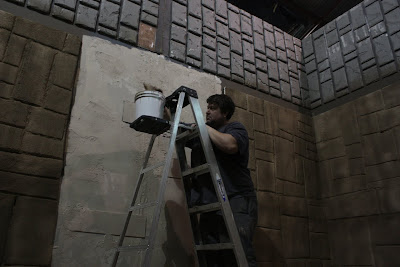 Photo 7: You might notice the LEGEND OF NEIL level walls at the very top of the set... In trying to expand the restrictive low budgets of web content, we recycle as many elemnts as possible to create a bigger visual scope. 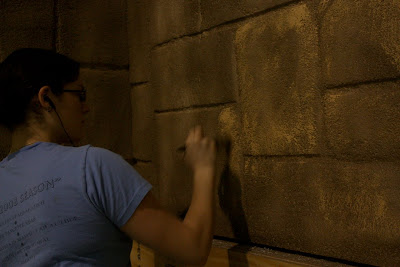 Photo 8: There were also many layers of painting to create the worn stone look. Here, Rikki does a pass of dry brushing highlights. 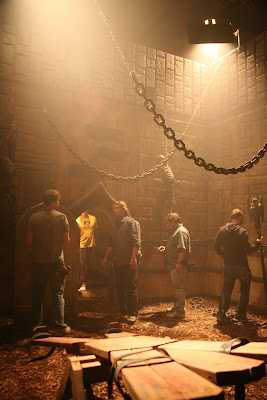 Photo 9: I think this photo gives you a sense of the scale this "web-series" will bring you. The torture table in the foreground was constructed by the twisted mind of Mazin Dajani. 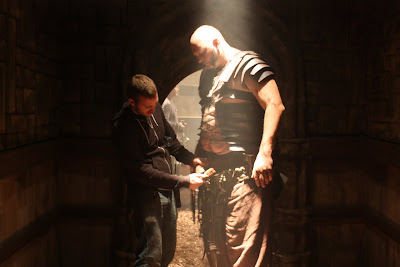 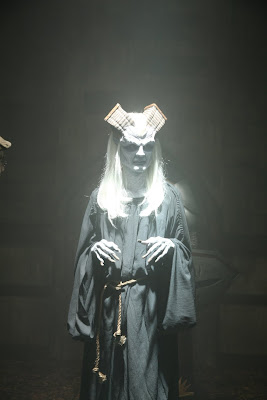 Photo 11: But who was really doing the torturing in this chamber? The despicable Qunari Mage Saarebas, played by none other than the spectacularly talented Doug Jones! 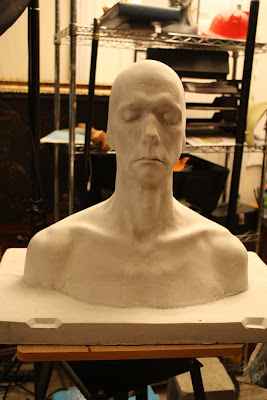 Photo 12: Doug is a master of characters, having portrayed screen greats such as Silver Surfer, Abe Sapien, and both Fauno and the Pale Man from Pan's Labyrinth. With all that special effects make-up, Doug has been through the head casting process uncountable times, but he was kind enough to do it again so I could have my very own! 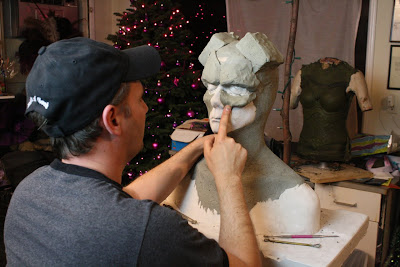 Photo 13: After the head cast was made, I roughed the make-up out in roma. You can see the first foam run of Tallis's costume in the background. You can also see the BarnYard purple Christmas tree, cause we prepped through the holidays last year. 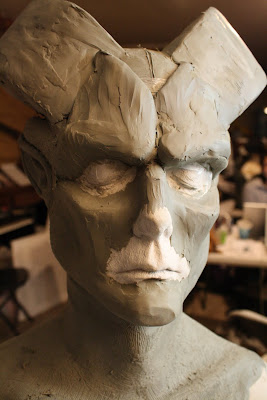 Photo 14: I can't find any photos of the finished Saarebas sculpt, which is weird, but this is what he looked like after the first few hours of roughing. 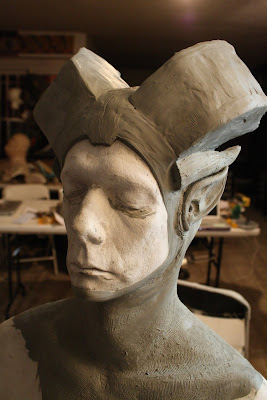 Photo 15: Doug shot for several days, so to save money and time, I made his "cowl" reusable. This consisted of the back of his head, his ears, neck, and shoulders. This way, the hair only needed to be applied once, and only the face needed a fresh foam appliance each day. 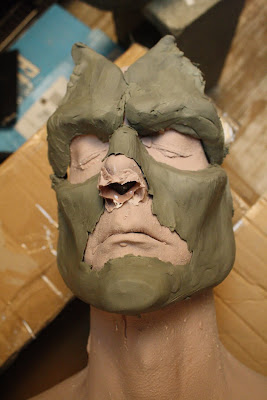 Photo 16: I carefully removed the roughed out clay face from the hero head cast and stored it on another copy. When the cowl sculpt was done, I took a mold of the face with the cowl on it, made a plaster copy of that, and finished the face sculpture on it. 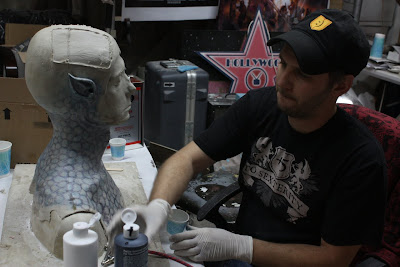 Photo 17: The finished sculpts were then molded and run in soft foam latex. The SPFX make-up team trimmed and seamed all the pieces, then I began the painting process. I usually start with a vein pattern and layer the paint up using translucent rubber cement paints. You may notice that the horns are missing. They were laid up in a super thin, light-weight fiberglass and mounted onto a skullcap that fit Doug perfectly. The cowl foam then slipped over that. 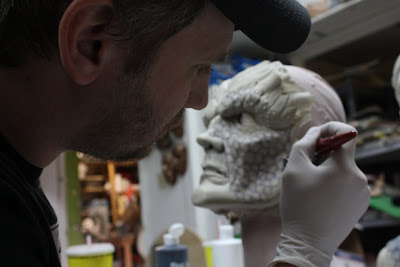 Photo 18: There needed to be a new face appliance for every day that Doug played. I used wrinkles and moles in the sculpture as landmarks to make sure the pattern I painted matched on every face. Each face took about 6 hours to paint. 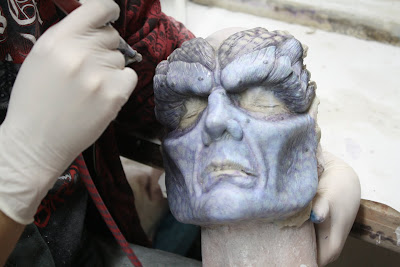 Photo 19: As I got closer to the finishing layers, I used slightly more opaque colors to shadow and highlight the contours of the face. 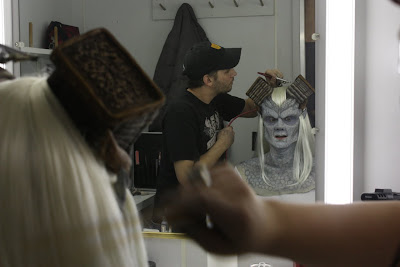 Photo 20: I applied the make-up to Doug on the first day, assisted by Erika Ladd. We added the white flowing locks to the cowl, and I airbrushed finishing touches to the Qunari Mage's sawed off horns. Once the look was established, I ran off to get new sets and props ready for other scenes, and Erika took over the Saarebas future make-up applications, assisted by John Wrightson.
There are a few more props I want to talk about in this scene, but I'll save that for another blog. I'll post again this week to talk about more in this episode. Like meeting the Athlok... 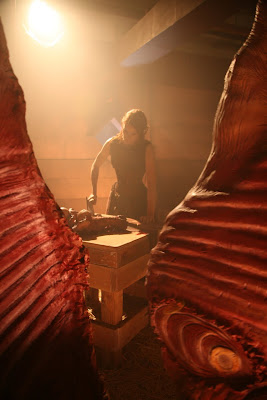 Posted by Greg Aronowitz at 4:18 PM