If you are a huge fan of gaming, you are no doubt already familiar with MACHINIMA.COM, the internet's number one destination for up to the minute information on all things video game related.
And if you have been watching all of their informative gaming news segments on the YouTube channel for a while, you may have noticed that these guys talk about all of these technological breakthroughs, and amazing fantasy environments while sitting in front of backdrops such as a park, a parking lot, and even, er...the office bathroom stall. Well, the powers that be noticed the same thing, and decided to level up on their production value. I was thrilled that they decided to call me to help them do it! 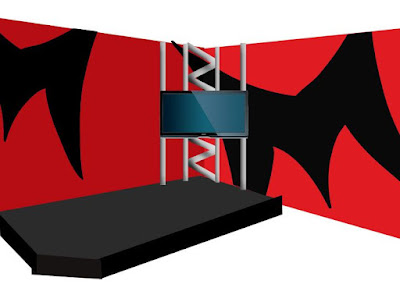 Photo 1: We started with INSIDE GAMING DAILY, hosted by Adam Kovic. The show is formatted like a late night talk show, so we decided to create a set along that theme. Adam wanted it slick and modern, yet not distracting from the guests or the monitor, which would most often be the focus point of the segments.
I wanted to give the channel some bold color, so I presented this layout, using the black and red of the Machinima logo. I thought that emblazing the walls with the giant M would keep the show branded, while being subtle due to most of the camera angles never revealing the entire letter. 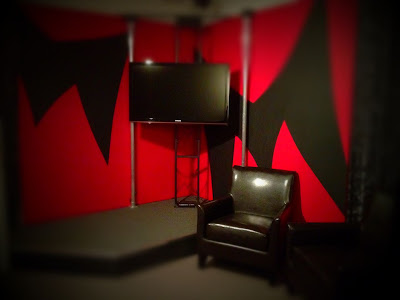 Photo 2: This is the final set. Adam decided to add some chairs, so guests could sit during the interviews. The greatest challenge of the Machinima sets was getting maximized shootablity in very compact spaces. These sets re located right in their offices, and even though they have quite the impressive spread, it was still pretty hard to get "late night talk show" style sets into standard size corporate offices!
But it all worked out, as you can see in this episode. It's a relatively simple set, but I definitely think it changes the whole vibe of the show. Maybe you've already seen this episode, and that's how you ended up here! they give my blog a shout out at 4:50! 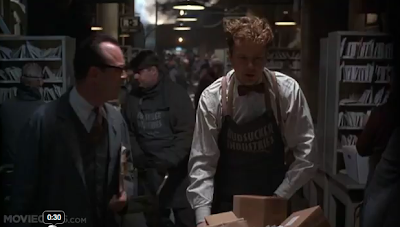 Photo 3: Next up was RESPAWN, a series of segments hosted by Scott Robison. We started with INBOX, where Machinima responds to fan mail. Scott, know to the gaming community as MR. SARK, wanted to go old school on this one. He pulled his inspiration from the classic The Hudsucker Proxy

, focusing on the 1930's style mail room. He wanted clutter, earth tones, and a sense of good ol' basement dust. 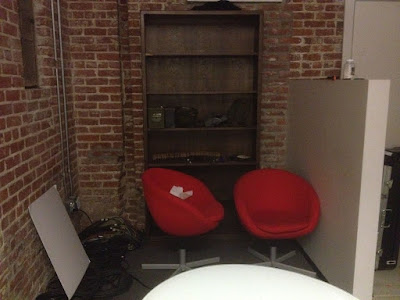 was here" vibe. The very back corner of the office was straight brick and mortar, and decades of exposure had it aged down pretty well. I didn't plan on showing off much of the brick work in the final set, but it was comforting to know that if the guys ever decided to go for a really wide shot, the news room would look out of place surrounded by brick. Photo 5: One of the main features Sark wanted on the set was a functioning vaccum tube. Well, semi-functioning, at least! I inspected the working models used at Home Depot to get rid of large wads of cash at the registers, and decided that making an airtight seal to get the proper suction was just a little out of our reach time and budget wise. Luckily, mail DROPPING IN was more important that mail flying out, and everyone can afford gravity!
I ultimately ended up going with all clear acrylic for the tubes, because I felt that most of the fun was in seeing the canister arrive. There are lots of little details in this set, and I'm sure it will grow and expand even more as the guys settle in and riff off the environment. I'm certain you are already a Machinima fan, but I hope my contribution makes your daily video game news fix even more enjoyable. Oh, and stay tuned! There's more to come!
Posted by Greg Aronowitz at 11:48 AM