Day 6 you wonder? Yes, day 6. There were a few key moments that didn’t get shot, and we decided it was all too cool to just let slip away. So we pulled up our boot straps (except for guitarist Chris, who seemed to be running around naked most of the night) and went for another all nighter on Sunday. Hence the delay in blogging: I’ve been passed out! Well, not completely. There have been a few other projects and art emergencies I had to deal with, but that’s for blogging another day. This is Zombie school!

So, between Saturday morning, when everyone left, and Sunday afternoon, when everyone came back, there was a frenzy of photo sharing. I got a hold of a few cool pix I thought I would post in case anyone forgot what this project was about. Because I’m certain it is not haunting you like it is haunting me… 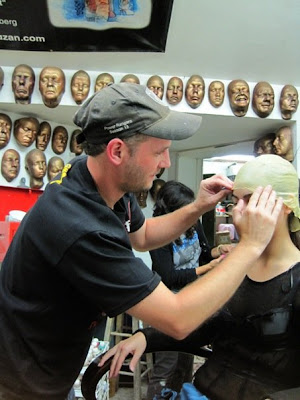 Photo 89: I didn’t really get to do a step by step on the application process like I wanted to, mostly because I had to do the zombie girls so fast there was no time for blogging. But a few people wandering through snap shots randomly, so here is step one: the bald cap. Marissa got once since her zombie appliance went up past her hairline to expose the brain. The bald cap is used to give a surface to glue the foam latex to while protecting her hair. 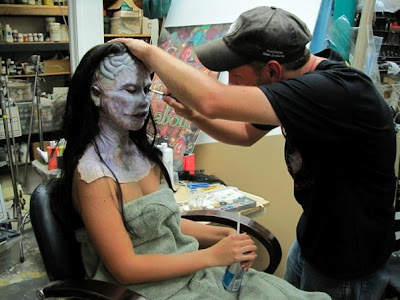 Photo 90: I have yet to find any photos of the intermediate stages, but here we have Marissa’s zombie face fully applied. I am gluing down the foam edges around her eyes. I sculpted all the girls’ makeup in one piece, to minimize the amount of edges I would have to deal with in the very short time I knew I would have to apply them all. But around the eyes and mouth are the most important areas to blend in, or it will obviously look like a mask. 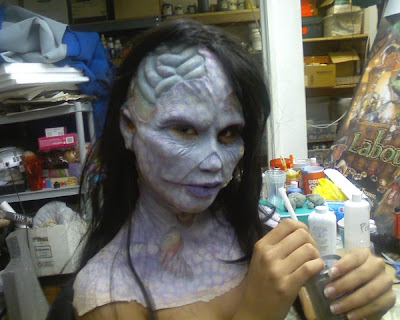 Photo 91: Here is Marissa zombie blended and wigged, prior to the final make up being brushed on. I blended the edges with the medical adhesive, Pros Aide, mixed with a thickener, cabosil, to make a paste. I applied it with a Popsicle stick (stop laughing and pointing, Rick Baker!), which I also used to quickly sculpt in some lines to match the zombie sculpture. This gets powdered and dried with the cool setting on a hair dryer. The final color is Krylon rubber mask grease paint. Then the whole thing gets a layer of KY jelly to make it, well, gross looking. Marissa will assure you that it is just gross overall. 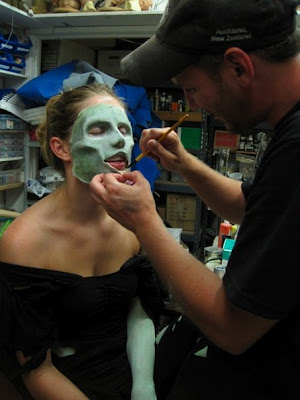 Photo 92: The lovely Lesley being zombified. There are many ways to impress a beautiful woman. This is probably not one of them. 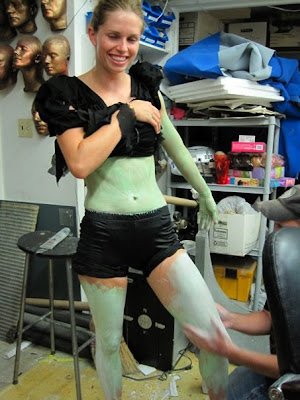 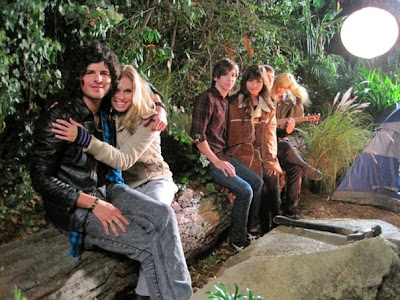 Photo 94: So before all that zombing, costume tearing, and body painting went down in the middle of the night, there was some filming involving very beautiful people for the other side of the video’s narrative. That’s my hammer on the rock. Oh, and that’s my rock… 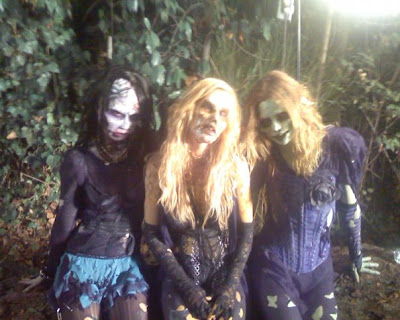 Photo 95: But things can only stay beautiful for so long. Here are the girls returning to the camp a few hours later. But, hey, beauty is in the eye of the beholder. Maybe you are into this sort of thing… 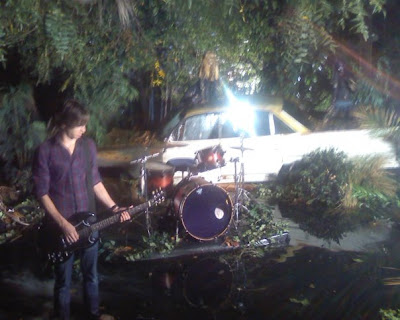 Photo 96: There’s Kerri bringing back the White Snake vibe. My Caddy hasn’t been so excited since White Snake was cool! Damn, that was a long time ago! 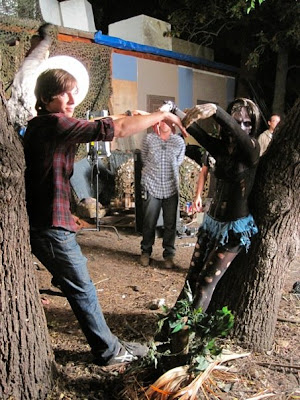 Photo 97: So there are people who love Zombies! LV Eric (LV stands for Lead Vocals, a seventies industry term the band told me they were bringing back. I’m in.) is a huge horror fan, and he was loving every minute of our monster fest. He probably would have been helping me do the makeups if he wasn’t so busy, you know, being IN the video and stuff! 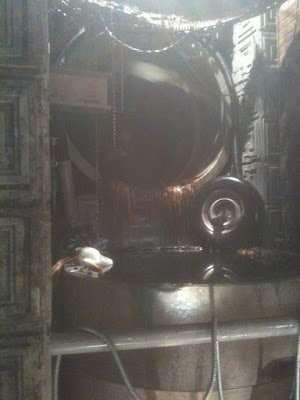 Photo 98: So remember a few days ago when I mentioned I had a crazy idea for an additional set for the video? Well, it became reality. We didn’t get to shoot it Friday night, but it was the main target for the Sunday night shoot. 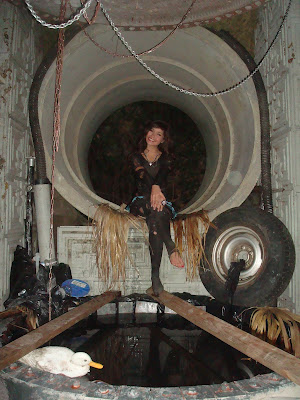 Photo 99: In our desperation to get the girls in make up Friday, coverage was a bit lean on the non-zombie versions. So before Marissa transformed, we shot more of her beautiful self. Here’s a pic of her hanging out in the sewer set. 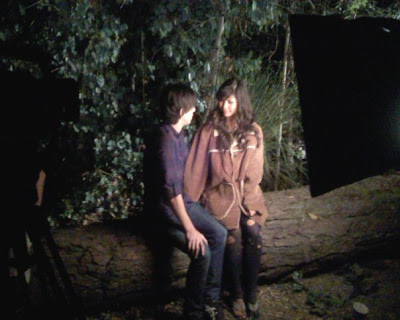 Photo 100: The most important coverage to get was to reinforce the relationship between Eric and Marissa. You will see the love she represents, to conflict with the “hate” the zombie symbolizes.

And no one should hate anyone! That just reminded me of a cool thing that went down on Sunday at about this time. The guys from NOH8, the campaign against Prop 8, drop by and photographed the band, Marissa beautiful, and Marissa zombie. If you are in the LA area, contact Adam (I have the link on my site) and let him photograph you. He’s an amazing artist, and it’s a good cause. We all deserve our equal rights as humans. And zombies, too! 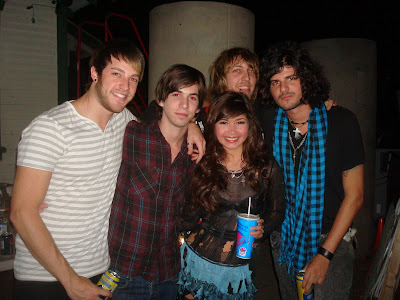 Photo 101: One last shot of Marissa before she gets zombified. Here she is with the band. I think I saw the guy on the left in American Pie, and I’m pretty sure the guy on the far right used to be in Guns n Roses. No, just being stupid! That’s Chris, Eric, Kevin, and Augusto of Fallbrooke. If you are not a fan already, you should be. Or zombies will eat your brain! 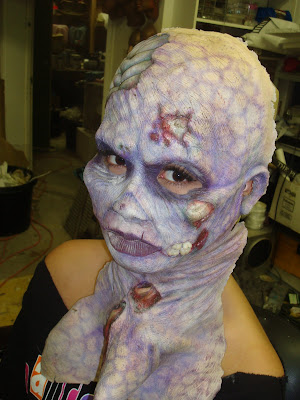 Photo 102: And Marissa is back in the chair. This time, my buddy Chris Hayden was around and filmed (I almost said video taped! How’s it going, 1985?) the whole thing. As soon as I get the 56 minutes edited down to something that will fit on your iphone, I’ll post it! 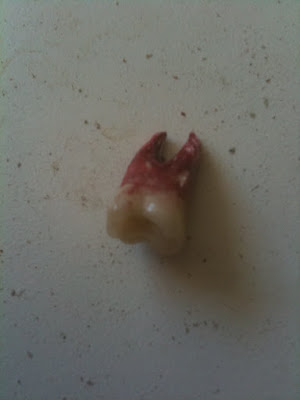 Photo 103: A key scene in the vid involves a killer kiss. And by killer I mean someone loses a tooth! The tooth we had wasn’t big enough to read clearly, so I made this new, unnaturally sized one in about 4 minutes with some styrene square stock, a little clean clay, and an xacto. Then Eric put it in his mouth!!!! Ah, Hollywood. 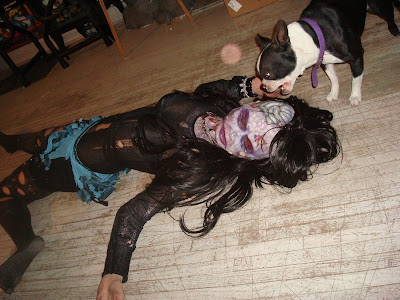 Photo 104: One thing I learned while shooting this video is that if Studio City ever gets over run by zombies, my Boston terrier Print will kick their asses! 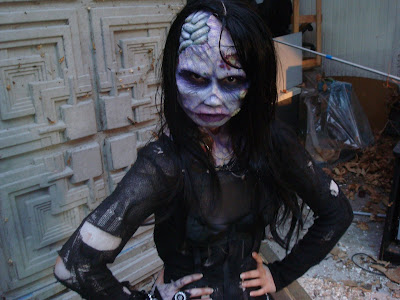 Photo 105: It’s getting late, and I’m not sure if Marissa is acting or expressing her inner thoughts. Either way, this face says, “I want to kill you!” 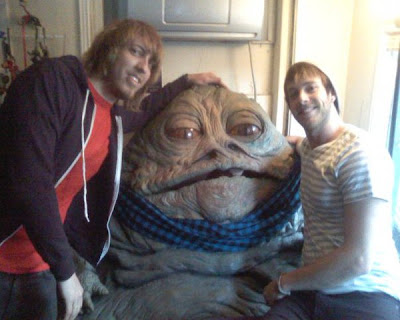 Photo 106: The band is rotating through single close-ups, so the guys are hanging out in my studio. Here, Kevin and Chris are trying to convince Jabba to go on tour with them. Unfortunately, Max Rebo has him under contract indefinitely. In other unfortunate news, I just revealed what I nerd I am and probably reduced my chances of getting a date in the next 6 months to 0%! 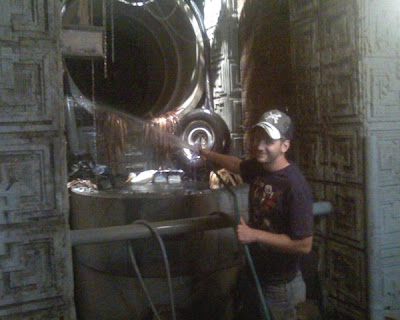 Photo 107: Here’s me prepping the sewer set for the big shot of the evening. I think Augusto took this picture. For some reason, the band found my late night hose work hysterically funny. I don’t know, must be a rock and roll thing. 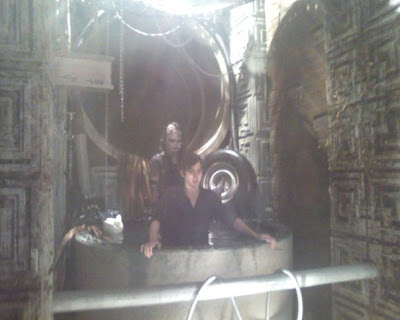 Photo 108: And here it is, the moment we were all waiting for. Eric and Marissa had to dunk themselves in that cold water for about half an hour. Huge round of applause, please, everybody! They were awesome!

I personally would have kept this bit a secret till the video release, but since everybody was excited to twitter it on the day, I wasn’t going to be left out! I think it will still make you jump when you see the final cut, anyway. Just pretend like none of this ever happened.

Well, that was our Fallbrooke “Take me under” zombie extravaganza video shoot. Are you wondering what happens now? Well, Pax goes into he edit bay and cuts like a madman. And I survey the damage and figure out how to clean up. And now you are wondering, “How bad can it be? It was only a week long project!” sure. Let me show you… 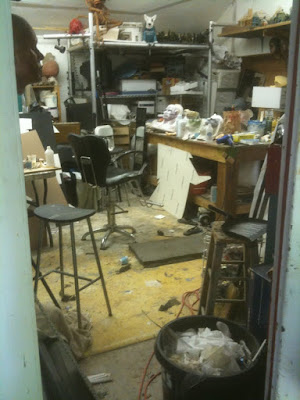 Photo 109: Here’s the shop. Now I’m not going to pretend like it was all Martha Stewart before we started, but I think you have been following this long enough to identify the layer of crap that is zombie related… 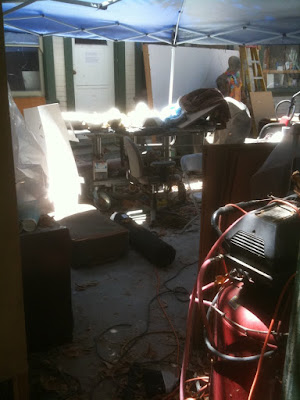 Photo 110: Here’s the molding area. Its not a camera trick, that small opening in front of the door is actually almost too small to walk through. There is so much junk piled up out there you need spelunking gear to get to the house… Even Arnold looks sad… 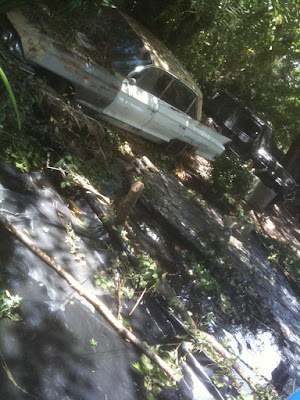 Photo 111: The water has all drained from the swamp, but I have a feeling the plastic and framework will haunt me for weeks. I’m sure my neighbors aren’t happy with my cars parked out on the street. Goal: retrieve driveway. 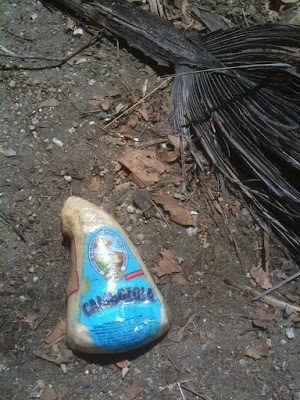 Photo 112: You find the strangest things after a film crew leaves your property. I documented the weirdest thing I came across for this project. Early Monday morning, while preparing for another shoot (alien ninja. I’m almost done!) I found an un-open chunk of cheese in the corner of the yard. When it went to pick it up, cause I don’t think it’s a good idea to leave cheese around, it was warm and squishy! 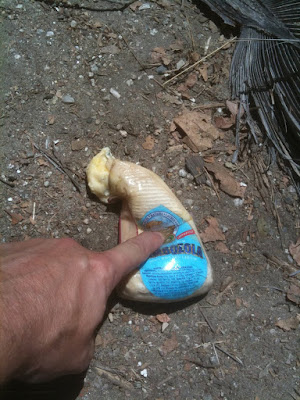 Photo 113: Incase you wanted to know how squishy, here’s a picture of my pressing on it! I have no idea why I did it, but I did, and the smell that came out made intern Katie almost vomit! I don’t think cheese is supposed to be like that. Welcome to Hollywood! 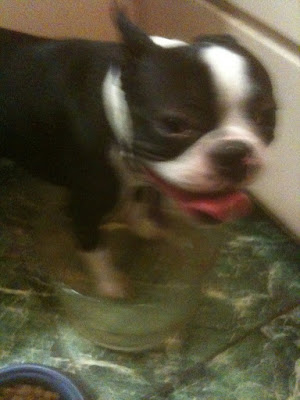 Photo 114: Be cool! And if you don't know how, ask Print. His latest technique is putting his paws in his water bowl after a long summer walk. Now that's keepin' it cool!
Posted by Geekyfanboy at 11:03 PM

Email ThisBlogThis!Share to TwitterShare to FacebookShare to Pinterest
Labels: halloween, how to make a zombie, makeup FX, Zombies