I was just a kid the first time I saw JAWS, and not only did it instill a deep seeded fear of sharks within me, it actually made me afraid of any body of water larger than a drinking glass! Even as I grew up, despite my love of swimming and the fact that I spent summers on the Jersey Shore, I avoided going in the ocean at all costs. I was certain I would inevitably be eaten by a shark. But no matter how hard I tried to stay out of their way, the sharks finally found me. Actually, it was just one shark with a vendetta. Just like in that movie that founded my fear to begin with. And he ate me. Multiple times. Watch below for the full story... 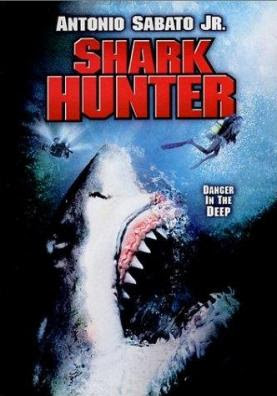 Photo 1: Ok, so as I said in the video, obviously this was all just fake movie stuff! I have never actually been eaten by a shark. At least, not to the best of my knowledge. I did, however, pretend to be eaten or killed by that Megalodon four times in one movie! I was supposed to be four completely different people, but if you watch SHARK HUNTER in on dvd for higher resolution, you can clearly tell that it is me every time! 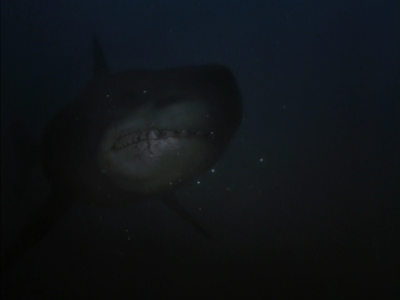 Photo 2: Shark Hunter is the story of a marine biologist determine to prove the existence of at least one living megalodon, because this particular prehistoric shark ate his family right in front of him as a boy. He ultimately finds this underwater goliath, and for some reason the shark decides to make it a mission to wipe out the scientist's bloodline altogether. 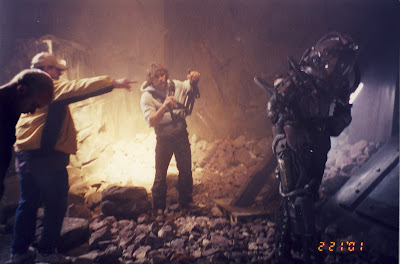 Photo 3: Long before Sharknado, a direct to DVD company called UFO was making "mockbuster" films about giant snakes and rabid mammals to overwhelming response. They drafted one of my best friends, legendary Hollywood designer, Matt Codd to direct this ambitious tale of man vs. beast . They capitalized on his visual style to make this super low budget movie look, well, not so low budget. To maximize the small amount of dollars spent, they moved the production to Bulgaria. Matt was only over there a few days before he woke me up in the middle of the night exclaiming that Eastern Europe didn't have anything he needed to successfully pull off all our usual low budget sci-fi tricks, and he needed my help. 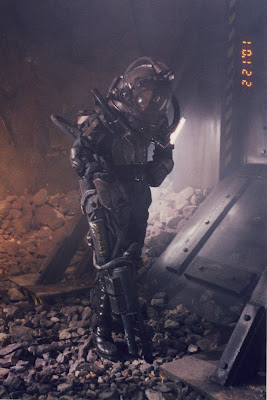 Photo 4: The main thing Matt needed was a pair of deep sea diving suits. He figured he could whip something up with a bunch of standard hockey and motocross gear, but he quickly discovered that neither sport was very popular in the city of Sophia.

The original plan for my involvement was to gather up a bunch of shin guards and shoulder pads from our usual used sporting goods haunts, and ship them off to him. But once I had everything collected, a long distance phone call with Matt took things to the next level. He came to the conclusion that helming the production was consuming way too much of his time to do art department duties, and no one else on the crew had the experience to put the suits together once he got my supplies. He asked if, instead of shipping everything, I could book a flight to Europe and spend a few days putting the dive suits together myself. 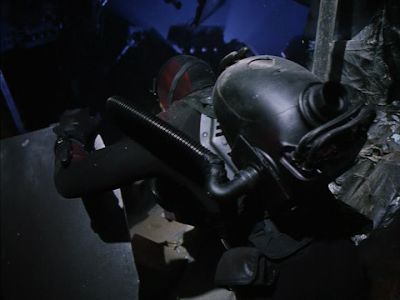 Photo 5: As any good friend would, I cancelled my plans for the week and booked a rush ticket to Bulgaria. In February. I fit as much long underwear as I could (which is a rare commodity in Southern California) in between the hockey gloves and kneepads, added a few hand tools to the suitcase, and took the 10 hour flight for my 5 day stay just north of the Black Sea.

Turns out that there were lots of art department things Matt wanted for the film that his art department couldn't quite wrap their heads around, like this scuba gear made from a broken vacuum cleaner, so I was tasked with a dozen more projects, and several more weeks of work than anticipated. 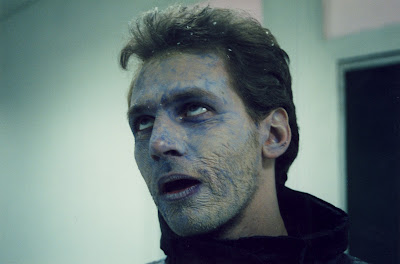 Photo 6: It wasn't long before my five day stint turned into a six week tour. But that wasn't completely out of the ordinary for me, especially in the late 90s, early 2000s. I went to China for a weekend once, stayed almost a year! Where things really flipped into bizarro world was when Matt needed me to act!

As you know, I do my best work BEHIND the camera, and my wallflower personality has never positioned me to be acting material. Every once in a while, I end up with a small background cameo, or pop into a scene of a web sceries for laughs. But I'm no actor. Yet, somehow, I ended up with not only an actual role in Shark Hunter, but five roles! Four of which required me to be killed by a shark.

Of course, it wasn't like Matt cast me as an actor in his movie right away. It started out small, due to circumstances beyond our control. My first time in front of the camera was a direct result of budget cuts. Matt wanted the research team investigating the destroyed underwater facility to discover a realistic, water logged body. Production couldn't afford a dummy, so it turns out it was cheaper for me to stipple latex on my own face and pretend to "float" when the diver pulls away a piece of styrofoam debris covering me. The make-up girl frosted my hair and put that slimy skin from an inner eggshell in my eyes to make me look dead. Normal day on the job, right? 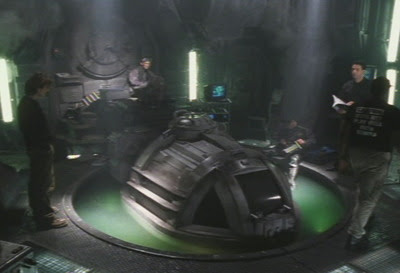 Photo 7: The next roll was even more accidental. The first day of shooting the deep sea gear took so long, due to fine tuning the "dry for wet" technique and trying to make our waterless set look as convincingly like the bottom of the ocean as possible, Matt didn't get to shoot the close-ups of the second diver. The following day, that actor was unavailable. So Matt turns to me and says, "Greggie! (that was his nickname for me. In his British accent, it was very endearing) Get in the suit, mate, and pretend to be that guy!" He assured me that due to the angle and lighting, he couldn't see my face, so it didn't matter that I was a different person. And he promised that I didn't have to worry about acting, I just needed to move a little like I was talking and they would dub in a professional actor's voice later. Well, you saw the clip. You can CLEARLY see my face, and they totally left my dialog that I mutter purely as a placeholder to sink up with my movements. It's terrible. But even worse, if you are paying attention, it must be massively confusing to see me get eaten by the shark, only to show up again later as the ship's mechanic!

Obviously Matt had never intended my face to show up in the footage of that diver's mask, because he never would have cast me in the "real" role of Peters, geeky mini-sub expert. 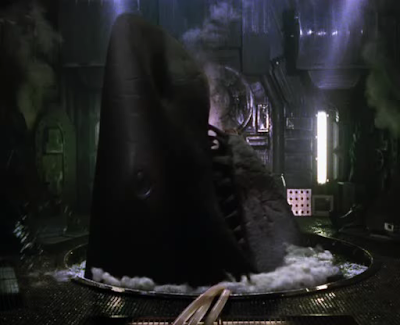 Photo 8: I'm so glad he did, because as corny as it is, the scene were I am staring into the moon pool and get eaten by the giant shark is definitely a career highlight! I mean, that puts me in the ranks with Hollywood greats like Samuel Jackson and Robert Shaw, right? Ok, well, maybe not even close, but I'm sure those guys didn't have the honor of becoming chum in a set they built with their own hands!

I spent the majority of my extended stay doing the detail work on all of the sets, and building the moon pool bay from the ground up. The whole deck was raised to accommodate a pop-up pool, and the walls were decorated with every piece of junk I could find laying around the WWII era television station we were filming in.

Matt did this amazing drawing of the mini-sub, something straight out of a James Cameron movie. I told him I really like the complex, spherical shapes. He said, "Great! Build it!" I can't express how difficult it is to build a 10 foot egg out of 4"x 4" rough cut timber, 1" particle board, and plaster of paris with only a screw gun, a hatchet, and one of those long, two person lumber jack saws! 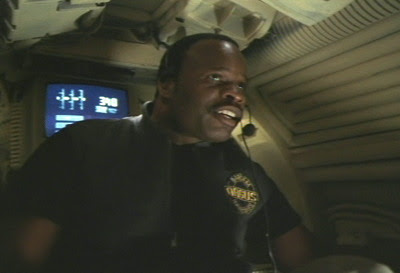 Photo 9: As the weeks went on, I spent my days pretending to be an actor or stuntman (the 3rd death was me running down a corridor, taking a face full of pyro before collapsing to the ground. Matt though he had actually killed me when his directing monitor went white from the explosion. We must have watched playback 20 times, laughing harder about his panicked reaction with each viewing) and my nights trying to get sets and props ready for the next day. One of my last tasks was to fabricate an interior of the mini-sub for closeups of the various pilots. With the exception of the monitor behind the other Agent Johnson, this entire set was made from stuff I found at the local Home Depot equivalent. The rectangular pads on the right were insulation tubes I bent in 90 degree angles, the ribbed "vents" were irrigation tubes, and the panels over his head were plastic tool boxes I took apart and screwed to my fiberboard frame. I painted the whole thing off white, and put a desk chair in there! Just like Jacque Cousteau would do it, except not at all!

So, really, there is no moral to this story! The fact that I was afraid of a movie shark as a child only to be eaten by a movie shark multiple times later in life has had no real effect on my daily routine. It was just something fun to talk about, and I figured Shark Week was as good a time as any!

My faux phobia of faux sharks should not influence your admiration of these magnificent creatures in any way, but if for any reason a full week of awesome Discovery Channel programming has you afraid to fill the bath tub, pop in the Shark Hunter DVD for  good laugh!

Posted by Greg Aronowitz at 7:00 PM